Seasonal Triggers for Individuals With COPD 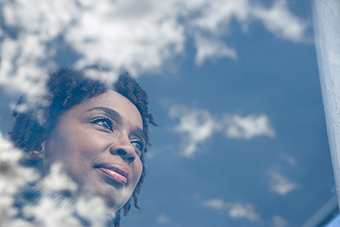 Do you suffer from seasonal allergy symptoms like itchy watery eyes and a stuffy nose? If so, you are not alone. An estimated 50 million Americans suffer from indoor and outdoor allergies every day, according to the Asthma and Allergy Foundation of America. During hot summer months, seasonal changes will trigger allergic responses to pollutants in our environment. The weather and temperature can also trigger or worsen symptoms in people with chronic obstructive pulmonary disease (COPD).

COPD occurs most often in people age 40 and older who have:

Other names for COPD include chronic bronchitis or emphysema. Inhaling irritating particles can cause more mucus than normal to be produced. This makes it hard to breathe, especially during seasonal events.

The change in seasons can aggravate those with COPD or asthma. The change in temperatures from cold to warm tends to trigger symptoms. COPD symptoms tend to flare on days of high heat and humidity. They can also occur on days when smog, or ozone, levels are high. If you have COPD, you must try to stay indoors where the air temperature is controlled. High temperatures can cause difficulty breathing and fatigue. As a result, the body works harder to breathe and maintain a normal body temperature. Warm air temperatures cause the airways to constrict, which can cause bronchospasms. Humid air contains more moisture and less oxygen, making it heavier and harder to breathe. This causes shortness of breath. (1)

No matter the season or where you live, it is important to have ongoing medical care. A few tips for better breathing include:

Remember these simple guidelines will help people with COPD ease into the changing seasons that are certain to be unpredictable at best.